3 Social Media Marketing Trends to Watch Out For in 2020 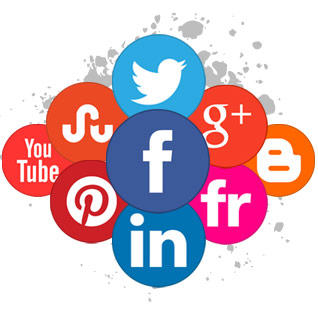 In the coming year, social media marketing will see some significant changes. We’re not talking about shifts in hashtag popularity or the rise of “stories” on many platforms. These changes are bigger and will have a direct impact on how you plan every campaign.

Just as investment in social media advertising is at its highest, regulators and many of the most popular platforms are changing their rules or putting more focus on enforcing them. It’s critical for local businesses to learn to adapt to these changes quickly to excel at social media campaigns. Here’s what you need to know about social media marketing trends in 2020 and the changes these trends will bring to the industry as a whole. If you’re considering partnering with an influencer in 2020, it’s wise to be cautious. Influencers are plagued with an image problem right now, and signs suggest it may get worse.

Yes, according to Bloomberg, 86% of Americans aged 13 to 38 would like to be social media influencers. However, this popularity may say more about the perceived simplicity and perks of the career than about how much it is respected.

In an attempt to cut down on influencer inauthenticity and outright fraud, the Federal Trade Commission has warned influencers in the United States about hiding their relationships with brands. According to Forbes, the FTC cautions influencers that relationships aren’t just financial. If they get a perk from a brand, they need to disclose it, regularly and quickly.

The challenge for brands is now to find an influencer who understands their obligations to disclose and does so without compromising the authenticity of their recommendation. As you may imagine, that’s a big ask when much of the market is wary about the honesty of influencers.

Pinterest is seeing a resurge in interest from consumers and advertisers. Forbes has found that Pinterest has seen rapid growth in users and is now at 250 million active users (monthly). Wait, aren’t things always moving forward in the world of digital marketing, not back? Why would this old social media platform be a good choice for your campaigns moving into 2020? It has to do with trust, ROI, and clarity.

Consumers are becoming increasingly skeptical about social media platforms both in terms of privacy and fake content. As a result, they are turning a skeptical eye to ads and branded content. The result is dropping engagement. However, according to Business Insider’s 2019 Digital Trust Report, Pinterest ranks as the second most trusted social media platform, right behind LinkedIn. This trust will protect its userbase and propel its relevancy into 2020.

Besides, the social media platform also has a higher than average percentage of users who are open to buying products they see on the site. It turns out that 88% of Pinterest users buy products they pin and 40% say that Pinterest is the best way to find new products. You may get a better ROI for your efforts on Pinterest, especially if you are targeting its primary users, women who are interested in home décor, arts and crafts, and recipes. Though, it is important to note that the platform’s male user base is growing too.

Ad transparency is another reason to look towards Pinterest. While there are a lot of changes going on with the other social media platforms in terms of paid ads, Pinterest remains as clear as ever, making it a more stable investment for advertisers. For the first time in 2019, social media ad spend was predicted to surpass the amount spent in print. According to Marketing Land, Zenith made this prediction in late 2019 and found that small businesses were driving most of the growth around social media ad spending. So, it’s worth our time to take a look at the specifics of the changes social media platforms are making to their paid ad programs. Twitter and Facebook are leading the charge, in different ways.

Twitter removed paid political advertisements in late 2019, and the ban will likely hold through the 2020 American election. This change isn’t a big deal for most businesses, and it may even be positive for those who prefer to stay out of political issues.

However, it does indicate the platform is struggling to feel authentic and honest. A quarter of all users believe that Twitter is extremely likely to show them fake news, according to that same Business Insider Report. Depending on your business, that could mean that Twitter isn’t the best place to invest your ad dollars.

There are even some concerns that non-political advertisements could be caught up in the ban. If Twitter considers you an “issue-based” advertiser you may need to reveal more information than you’re comfortable with about your organization or the ad’s success.

What about Facebook Advertising? The social media giant ranked the worst in that Business Insider Trust report. Almost half of its users believe that the platform is extremely likely to show them fake news. Perhaps in an attempt to feel more honest and authentic, Facebook is also changing its paid ad policies.

First, the platform is limiting the number of ads your business page can run simultaneously. This change won’t come into effect until mid-2020, but it likely means you’ll have less opportunity to experiment with different target audiences and different ads.

Facebook is also launching a new tab called Facebook News. Advertisements will not be allowed in this section. The social media platform will allow journalists to curate a section of the news tab and will focus on original, local stories. It’s clear that Facebook is trying to address its authenticity and fake news problem. If these strategies work, the platform may become a better place to advertise, but in the meantime, advertisers can expect Facebook to focus less on ads and keep changing its policies.

Are you looking for help navigating these changes to social media marketing? Reach out to the experts at Digital Envy to get the support you need to develop and execute a successful social media campaign in 2020 and beyond.